How does the Markup feature work and how is it applied? [Guide]

When setting up a Billing Account for a Client, you might need to define markups for it.

These can be applied in 3 different ways:

The markup (or mark-down, if the value is negative) is applied when you update back to the WMS.
The rates shown in the order processing screen are the ones that apply strictly to the account used for processing, and the Markup value is added later.

To post the markup value even when no rates are returned, you must check "Force markup when missing carrier charge"

There is one exception to that rule which is if you are Rate Shopping and you have enabled this option, which adds the markup WHEN rate shopping: 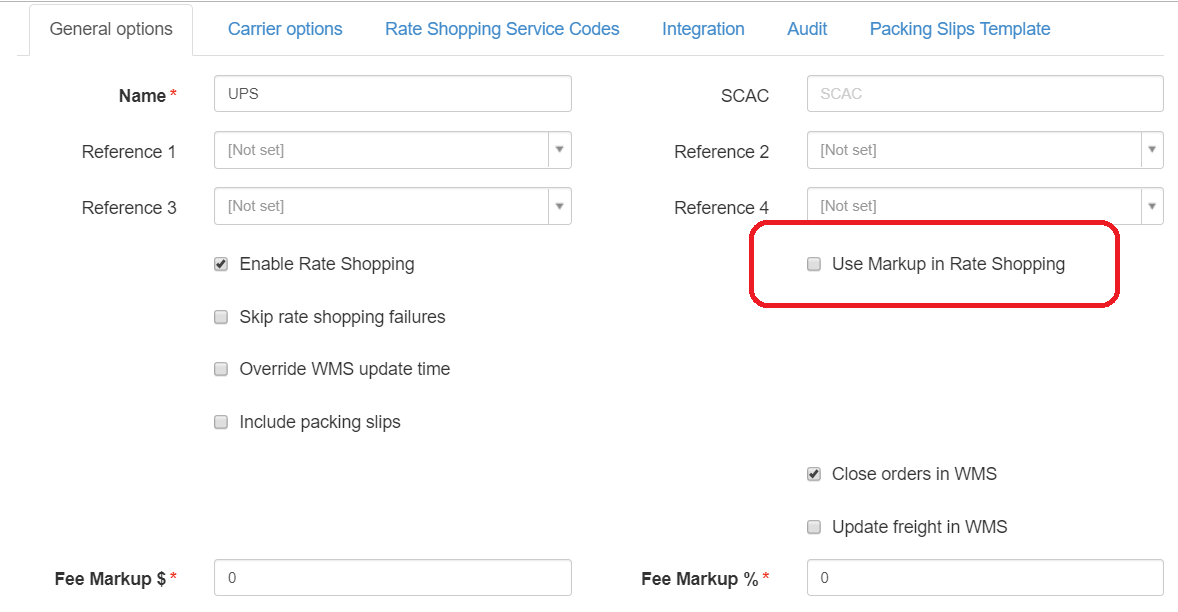 In that case, during the rate shop process, the system will compare the carrier rate + markup (instead of only the carrier rate)
For example, considering the following scenario:
If use markup in Rate Shopping is activated, Carrier 1 will win, while if not, Carrier 2 will.

Was this article helpful?

Thank you for your feedback

Sorry! We couldn't be helpful

Thank you for your feedback

We appreciate your effort and will try to fix the article

Articles in this folder -